When we said that Nigeria were giving to us by our fathers, make no mistake about it, and we will do anything in our power to keep this country as one. No power or people can change this long staying rules and command.

What happens in 1967 to 1970 is on a blink to repeat itself if this new generation seeking to restore what their forefathers didn’t restore. It will be more bloody for them if such action is to be carried out again in my time.I was too low for them in the python dance, this time I will not care what the outside world will say, which am sure they will say nothing once am still alive.

It will be best for them to keep away from anything that will anger another round of genocide, because we must keep Nigeria a as one, just as it was written from time.According to the President, they had strict and formal instructions to exercise restraint against Biafrans during the three-year conflict between 1967 and 1970. 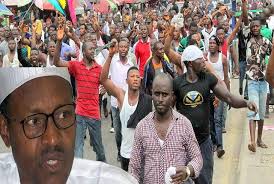 He recalled that every military commander was issued instructions in dispatches handed to them from then Head of State, General Yakubu Gowon, that Biafrans were not enemies but brothers and sisters to other Nigerians.
The President spoke at the Aso Rock Villa during his investiture as Grand Patron of the Nigerian Red Cross Society (NRCS), where he promised to assist the organisation secure permanent office accommodations in Abuja.Buhari praised Gowon for the clement gesture he described, and also the role of the Red Cross in bringing succour to victims of the war, even in dangerous circumstances, noting that the pathetic pictures of war-ravaged Biafrans were always heartrending.

“Earlier in my profession, during the Civil War, I know how much sacrifice members of the Nigerian Red Cross and their international counterparts did, both in the real front of operations and at the rear, on both sides. I think it is a lot of sacrifices, because anything can happen to you in the operational areas,” the President said.
“The risks they faced were real and I admire their courage and commitment to helping people who were in distress and were virtually in millions. Those photographs of people from the Biafra enclave spoke a lot.

“I remember with nostalgia the performance of the Commander-in-Chief, General Gowon. Every commander was given a copy of the Commander-in-Chief’s instructions that we were not fighting enemies, but that we were fighting our brothers. And thus, people were constrained to show a lot of restraint.
“The international observer teams were allowed to go as far as possible within and outside the front, and I think this was generous and very considerate of General Gowon. He is a highly committed Nigerian.”On his promise to assist the organisation secure permanent office accommodations in Abuja, Buhari said, “I have taken note of your logistics, especially your request for office here.

“I assure you that the government will do its best when you decide to build such facilities in terms of securing an area here within the Federal Capital Territory, and we hope you will not do the Nigerian ways of doing things.“To use the words of a famous Nigerian Minister: ‘I hope you will not build an elephantine headquarters’ [but one] which is going to be functional because we have seen your activities throughout the country,” he said.

In his remarks, the head of delegation and National President of the NRCS, Chief Bolaji Anani, said the organization has over 800,000 trained volunteers based in communities across the 774 local government areas of the federation.He petitioned the President to assent to the bill amending the Red Cross Act of 1960, whenever the National Assembly, which is debating it, eventually gives its approval. The Act has not been reviewed since it was passed in 1960.

“A review is long overdue. We note with pleasure that the current National Assembly is in the process of doing that. In fact, the revision has already undergone public hearing.“We hope when the revised bill is passed by the National Assembly it will be graciously assented to by Mr. President,” Anani said.He further appealed to President Buhari to restore federal government grants, subventions and programme support to the society to enable it discharge its mandate diligently.

Among other petitions Anani requested were operational vehicles for ease of the work, restoration of annual grants from the federal government, and special government recognition and awards to Red Cross officials and volunteers who have exceeded in service or even paid the ultimate price in service to the fatherland and humanity, in a bid to motivate more humanitarian gestures. 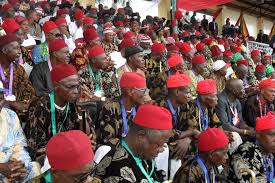 Anani lamented that the Nigerian Red Cross has been operating from rented premises since it moved its headquarters from Lagos to Abuja, with inadequate space to store relief materials and equipment.
NCRS is the Nigerian arm of the global humanitarian Red Cross and and Red Crescent Movement present in over 193 countries, and played a major role in providing relief materials to beleaguered and starving Biafrans during the Nigerian Civil War when Nigeria’s Southeast and South-South sought independence from the rest of the country.