One Corner hitmaker, Patapaa is out with a new hairstyle. 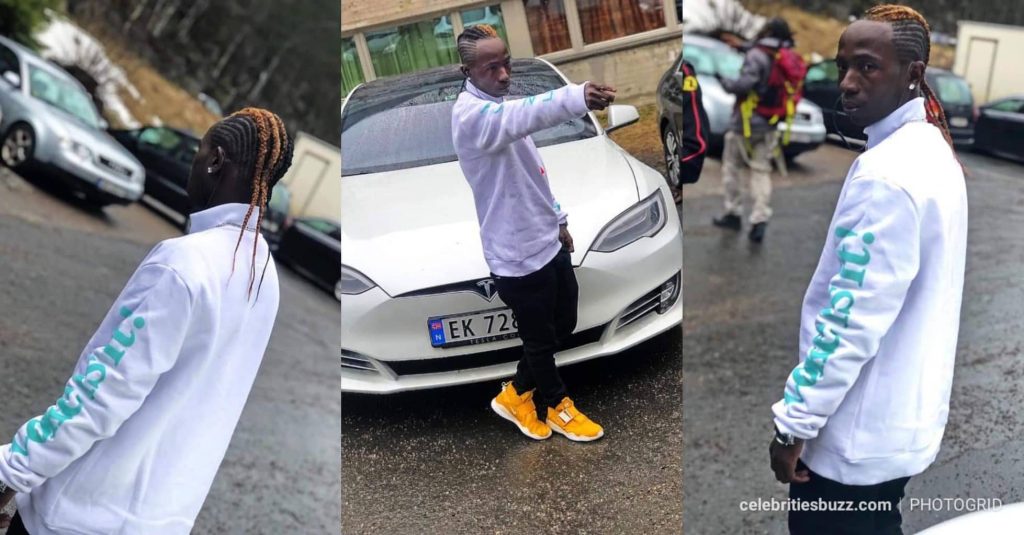 He posted photos of it on his social media handles today.

Sharing the photos, he wrote:

“Be Yourself and Stay Humble !!! Your time is limited, so don’t waste it living someone else’s life. It’s either you run the day, or the day runs you.
#Pa2PaSojas”

She added: “I have even removed the promise ring on my finger, I am waiting for him to return to tell him my decision. My family supports my decision.” She made this known in an interview with Accra FM on Wednesday, March 27, 2019. Queen Peezy’s decision to end her relationship with Patapaa stems from a recent video circulating on social media portraying Patapaa having an affair with a white lady.

The ‘One Corner’ hit singer stressed that he had found a white woman who has fallen in love with him while embarking on a musical tour in Europe. In the video which he shared on social media, he and his newly-found woman were seen having a good time in the kitchen.

After the video went viral, Queen Peezy reportedly collapsed and was admitted at the hospital. Queen Peezy in an earlier interview admitted that she was still in love with Patapaa.

Meet the Bill Gates of Ghana...